4 Impressive Exercises To Teach Your Dog 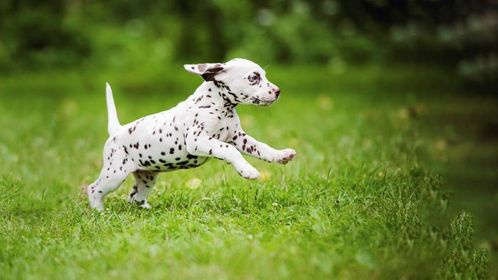 Every single day, new and experienced dog owners are using search engines to find tutorials about how to teach their animal new exercises. Based on that searches, here is a short list of the most impressive exercises to teach your dog and the related brief description.

The play dead command is a funny trick to teach your pet but you have to be very precise because the animal may confuse the “play dead” exercise with “roll over” or with “bang” one. Actually the listed advanced command are very similar to each other, moreover “play dead” also is the first part of the

“roll over” exercise so be careful.

First thing first, get your faithful friend to lay down. Then put the treat in front of his nose and slowly move it aside close to his shoulder.

The animal will turn his head to follow the treatment. At this point, move the piece of food to his opposite shoulder passing over the chest and stop there. Your movement will cause the dog’s body to move to follow the head so as not to lose sight of the desired reward.

When the dog is lying on his back playing dead, reward and praise him.

Just to avoid confusion between similar exercises, you should introduce a release word that frees the animal from laying on his back. A simple “ok” will make the pet to stand up. So “Play Dead” exercise involves two verbal commands: first “play dead” to make the dog to perform the exercise and second, the release verbal cue “ok” to end the game.

From the “play dead” position you could also command your dog to “roll” to make him turn completely away from the starting position. Another option could be the command “stop” to make the dog to wait for your next command.

The very first times, do not go too complicated otherwise the pet will get confused and frustrated.

Now that your fur friend knows how to “play dead”, it won’t be difficult to teach your dog to complete the exercise rolling over his back. When the animal reaches the “Play Dead” position, instead to reward him, move the treat from the middle of the pet chest to the opposite shoulder. The movement of your hand will cause the dog movement as well till the point his body will follow along.

There are two different starting points to say the verbal command “roll over” making the dog to understand what he has to do.

If the animal is standing or sitting in front of you, say “roll” to make him clearly understand you want him to roll on his back from that position.

If the dog already reached the “Play Dead”, tell him “roll” instead “ok”. In this case your four-legged friend will understand that the exercise is not complete and hi will roll instead to get up.

Watching at agility competition TV shows, most people like when dogs perform the weave poles. The exercise requires the dog to go in and out of obstacles, usually colored poles. Based on most professional dog trainers, the weave is one of the most difficult command to teach if not the most one.

You can start to place a few colored plastic cups on the floor at 30 inches distance from each other in a straight line. The second step is to guide the animal in and out the cups. The very first times, you should give the pet the deserved treat every when he goes in and out of two cups. Gradually decrease the frequency of the reward until the dog will receive the treat only at the path end.

When the animal has finally become familiar with this movement, you can start introducing the verbal command “weave” at the beginning of the path.

Even if your fur friend is a learning machine, do not expect results overnight. The “weave” command needs several training sections. So keep repeating the exercise at least 3 times a week and be patient, your pet will weave on your command sooner than you expect.

This fourth exercise may seem complicated to teach your dog. Maybe you are thinking that only a professional dog trainer can succeed. Don’t worry, with patience and high determination you can train your pet to stand on his hind legs. Here are the steps you should follow.

First call the dog and order him to sit in front of you. Show the treat in your hand but, instead of lowering your hand to give him the treat, raise it a few inches above his nose so that the dog has to do a little jump to reach the treat.

In subsequent repetitions, slightly increase the height of the hand holding the treat so that the dog gets up on its hind legs to reach the piece of food.

Once reached the maximum height (depending on the dog size), it’s time to build duration. So instead of allowing the dog to take the treat right away, wait a few seconds and then reward the animal. When you see that the dog gets used to being on its hind legs increases the waiting time to receive the treat but without exaggerating.

The vocal command “stand” must be said when the dog is already sitting.

Slowly decrease the frequency of the food reward to permanently eliminate it. After some time of practice, the dog will stand up on its hind legs only following your vocal command or the gesture of your hand.

Standing on hind legs is not an exercise to teach a young puppy because as his balance is too precarious. I would also avoid teaching this exercise to an older dog as it could cause joint problems.

You should always remember that, teaching a dog whatever exercise must be fun for both, him and you. Never blame your furry friend for not following your commands correctly. Remember that results come over time. Some dogs learn fast while others need more training sessions.